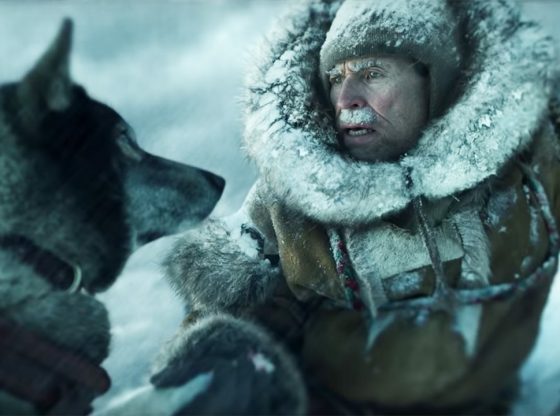 If you have kids who like animals (and be honest, most kids like animals) I’m sure you’ve heard of Balto. Balto was the lead dog for the sled team that ran the last leg of a famous serum run between Fairbanks, Alaska and Nome in 1925. There have been a ton of movies made about him and since he was (one of the) lead dog for the last leg, he’s the one who was almost instantly famous. However, there’s another dog who lead his team on more miles through worse conditions during that run. This movie, which just started streaming on Disney+ is about him.

Togo was the lead sled dog of Leonhard Seppala and led his team on an amazing run of 264 miles during this one run. There were a total of 20 teams that helped with the serum run and most only ran 30 or so miles.

Now, I don’t want to go in to the whole story (I don’t want to spoil the movie for you) but this movie is definately worth watching as a family. At the very least, the scenery is amazing (I mean, its Alaska for petes sake!) and the acting by Willem Dafoe and the rest of the cast is excellent.

It’s fun to watch how the relationship between the dog and handler developed over the course of years and to think that this was truly the only way to get supplies through is mind blowing.

It was also interesting to see how they handled all the imagery for the weather, while watching the movie its hard to believe that the bulk of it was computer generated as it all seems so lifelike and there are times where you’re really pulling for the sled team to make it through.

In all the movie is a good look at what life was like on the Alaskan frontier and the things that had to be done to help preserve it.